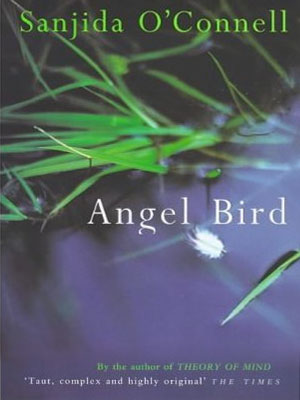 Niall, a zoologist, travels to Northern Ireland under the pretext of studying magpies. What he’s researching is nothing less than the science of free will, the genetics of fate and destiny. But as he roams the seashore observing the lives of the magpies, he becomes increasingly troubled by half-remembered events, by apparently familiar faces and by the names of people long dead.

Niall is drawn into the complex and tightly knit lives of the villagers and into relationships with Eddie, an ambitious and beautiful young chef, and Nadia, the exotic daughter of the local squire. As he becomes more obsessed with his magpies, and with Eddie and Nadia, his grip on reality starts to weaken and fragments of memory from his lost past return. On the brink of a major new scientific discovery, he finally becomes aware of the magnitude of his loss.

‘Everything a girl could wish for in a novel: good food, good scenery and kissing in the stables…O’Connell tempers her vivid prose with a sensible helping of well-explained science.’
The Independent

‘O’Connell has developed a nice line in descriptive prose and cannot be faulted for the originality and credibility of this disturbing tale.’
Andrew Morrod, Daily Mail

‘Intermingles science and fiction brilliantly, following the destiny of Niall who is studying magpies in Northern Ireland. Genetics, free will and fate are the themes illuminated in a complex and ultimately tragic story. Science fiction as it ought to be.’
Booksellers Choice

‘The natural world is laid bare in its tenderness and wondrous beauty. …An intriguing read.‘
Image

‘Second novels are supposed to be a low point in a novelist’s career – the skimmed milk left after the cream of the first. Either Sanjida O’Connell’s Angel Bird is an exception or else her first, Theory of Mind, must have been very rich indeed. This is a successor that recalls William Boyd’s Brazzaville Beach in its deployment of images from zoology, its inversion of the author’s sex and its taut, dramatic plot. The result is elegant, intelligent and a pleasure to read…Witty and sensuous, O’Connell renders the eccentricity, charm and nastiness of small-town Irish life with a zest that expands her tale as much as the zoology…O’Connell will be formidable.‘
Metro

‘Angel Bird is a powerful meditation on free will, fate and destiny.’
Northern Woman ‘

‘A stylish second novel.’
The Bookseller