Sugar: The Grass that Changed the World 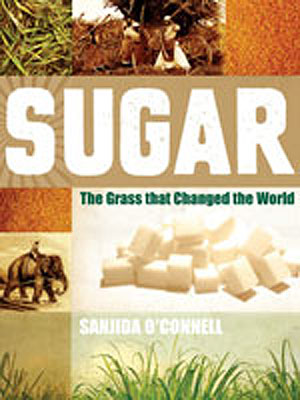 The story of sugar is a story of life and death. As glucose it’s the fuel that drives us. It also causes obesity, diabetes and heart disease. Sugar’s rise in popularity led to the global spread of slavery, the destruction of indigenous cultures, the proliferation of colonial economies and the growth of multinationals. Sugar is a part of everyone’s daily diet, lusted after and craved, at once a luxury and a necessity. It is produced in 121 countries worldwide and global production exceeds 120 million tonnes annually. We are literally drowning in sugar. In the last decade consumption in the West has increased by a third, American teenagers eat 34 teaspoons of sugar every day.

O’Connell pulls the material together in an accessible and interesting way. By exposing sugar’s impact on health, economies, landscape, politics and culture, she justifies her grandiose title. Sugar has indeed changed the world. ― Independent

A timely publication…As the severity of the obesity crisis becomes clear, the truth about sugar is slowly dawning on the Western world – this, not salt or cocaine, is the white powder that threatens the health of nations. ― Health and Fitness magazine

O’Connell explains humanity’s ancient and complex relationship with sugar in clear, sparkling prose… This is a timely study of the way in which sugar is affecting our minds as well as our bodies. ― Waitrose Food Illustrated

Sanjida O’Connell does for sugar what Dava Sobel did for longitude: make a gripping drama out of dry school lessons. ― Guardian