My second thriller, The Stolen Child, is out soon: 6 April! And I’m delighted to be able to reveal the cover to you! 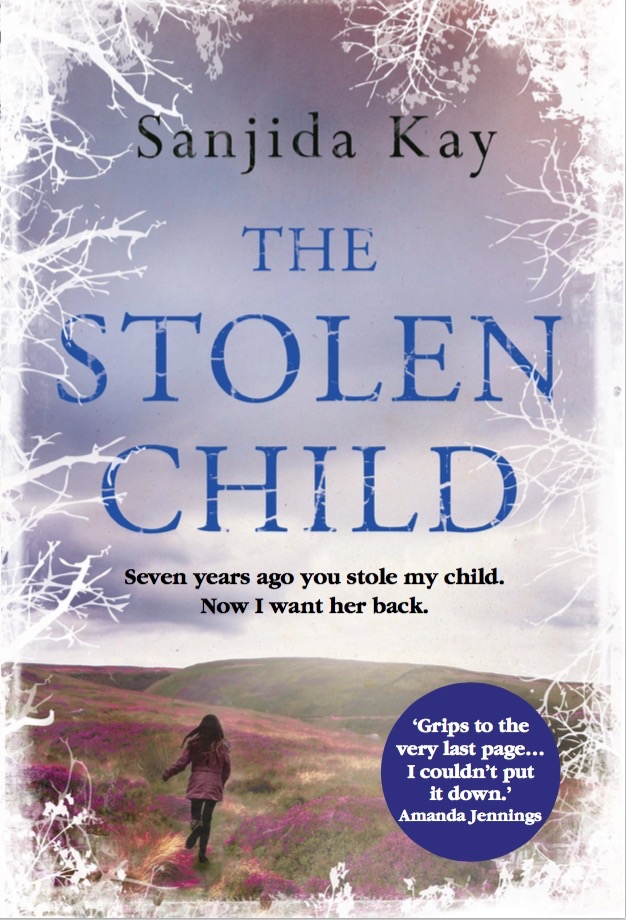 The Stolen Child is set on Ilkley moor, where I grew up. It’s about a couple, Zoe and Ollie, who long for a baby but are unable to have one. They adopt a child from birth, a little girl called Evie. A few years later they have their own child, a boy called Ben. The story begins when Ben is two and Evie is seven. Evie’s starting to realise that she’s different from the rest of her family, and beginning to understand what it means to be adopted.

One day she receives a card addressed to My Daughter. Inside it says:

Seven years ago, you were stolen from me.

Now I’m coming to get you back.

I’ve been fortunate to have had some wonderful pre-publication comments:

‘The Stolen Child captivated me, terrified me and left me deeply moved.’ Holly Seddon

‘Beautiful terse writing and the build to the shattering climax is palpable.’ Peter James

‘Gut-wrenching… The Stolen Child succeeds as both a fast-paced thriller and a haunting tale of a fragile family.’ Peter Swanson

‘Grips to the very last page… I couldn’t put it down.’ Amanda Jennings

I hope you enjoy it! It’s available for pre-order from Amazon.