I can’t wait to pack my bikini and my books! We’re heading to Italy for an unadulterated beach holiday. We’ve got one suitcase between three of us, so already I’m worrying which novels to take as I like to read real books in the sand!

Here are my favourite summer thriller recommendations, that will be perfect for down time, whether you’re by the sea or up a mountain 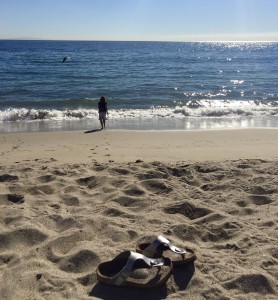 My Husband’s Wife by Jane Corry, published by Michael Joseph 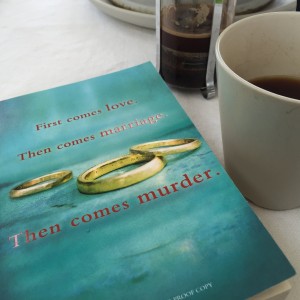 Lily feels unloved and unlovely. When she meets wealthy artist, Ed, she thinks it’s her one chance of marriage and she takes it, in spite of barely knowing her future husband.

Lily is working as a trainee solicitor. Her first case is on behalf of Joe Thomas, who is appealing his conviction for the murder of his girlfriend. Lily is dangerously drawn to Joe. He has Asperger-like traits and reminds her of Daniel, her dead brother, who also had Asperger’s.

Lily and Ed befriend a nine-year-old Italian girl, partly to paper over the gaping holes in their marriage, and partly because Ed is fascinated by her and loves painting the girl. As Lily’s case reaches its climax, their friendship with the child goes disastrously wrong.

‘Sometimes you have to do something wrong before you can make things right.’

This is a slow burn of a novel, set over a period of seventeen years. We know from the outset, however, that Ed is going to be murdered, but not by whom or why. Although not a rollercoaster ride of plot twists, this is a story that immerses you in the lives of the characters, particularly the two, strong female leads, Carla and Lily, and embeds you in Ed and Lily’s dysfunctional marriage. Carla, I felt, was much better written as an adult, and the first half, from Lily’s perspective, particularly when she was visiting Joe in prison, is especially strong. The ending, like a nest of Russian dolls, is unexpected and satisfying. 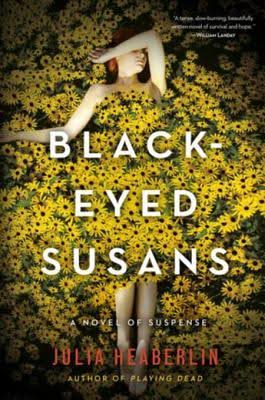 I loved this book and have written about the fairy-tale themes interwoven into the Texan backdrop and its grim, Bluebeard-esque story for Women Writers. So I’m absolutely delighted and, frankly, astonished, to be sharing the long-list for the CWA Ian Fleming steel dagger award with Julia Heaberlin!

Seventeen-year-old Tessie is discovered in a shallow grave with the bodies of three murdered girls. Around the grave are black-eyed susans, a striking American wildflower. Tessie recovers from her ordeal, though she can remember almost nothing about it. Shortly afterwards, Darcy Goodwin is convicted and sentenced to the death penalty for the murder of the women.

Tessa, as she now calls herself, is almost forty, and has a teenage daughter of her own. But when Goodwin is about to be given a lethal injection, Tessa finally agrees to speak to the charity campaigning to free him. For Tessa has always known the wrong man was in prison: every few years, someone plants black-eyed susans outside her house.

Will Tessa be brave enough to relive what happened and track down the real serial killer? A clever, beautifully-written, literary thriller.

The Darkest Secret by Alex Marwood, published by Sphere 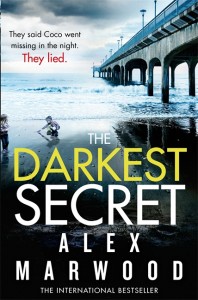 I haven’t been able to stop thinking about this novel. Twelve years ago, three-year-old identical twin, Coco, is abducted from her father’s holiday home in Bournemouth. Sean Jackson is a millionaire property tycoon; he’s celebrating his fiftieth birthday with his closest friends who, like him, are rich and powerful, and include his second wife, a PR guru, a Conservative MP and a celebrity doctor. The group marshall their considerable resources and launch a media campaign aimed at finding Coco.

Twelve years on, Sean has died. His daughter, Milla, from his first marriage, and Ruby, the remaining twin, are on their way to his funeral. It will be attended by the initial group of friends and his fourth wife, who was barely into her teens at the time of Coco’s disappearance. Will the pair find out what really happened to Coco that August bank holiday?

Without exception, all the characters are despicable. Milla, a selfish, trustafarian, develops into a responsible and kinder person; it’s abundantly clear that money is no compensation for neglect and a lack of love. This is a book about the terrible things that those with money, power and privilege can get away with, and the price their cavalier attitude exacts on themselves and those around them. It’s a cleverly-written novel about class, hedonism and the property-boom just before the 2008 recession; breath-taking in the darkness of the plot twists.

The Perfect Girl by Gilly MacMillan, published by Little Brown

I loved Gilly’s first novel, Burnt Paper Sky, so I couldn’t wait to read this one. Like her debut, it’s beautifully written with a satisfying story. Unusually, from the blurb, the reader knows the basic plot from the outset.

Zoe Maisey is about to give the performance of her life, with her step-brother, Lucas, who is also a piano-prodigy. It’s a huge step for the brilliant teenager; she’s recently been freed from juvenile detention for killing three people. It’s also her first engagement as part of her new, ‘second-chance’ family, with her step-father, Chris, and her baby sister. Their recital is interrupted by a distraught, angry man. Six hours later, Zoe’s mother, Maria, is dead.

Who kills Maria? And how did Zoe murder her classmates? The story unfolds over the course of a day, as well as flashing back in time to Zoe’s teenager years as a talented child on a scholarship to a private school where she doesn’t fit in. It’s told from multiple points of view: Zoe’s; her aunt Tessa’s; Sam’s, who is Zoe’s attorney and is dating Tessa; Richard, Tessa’s husband, and Lucas. This is a novel about what it means to be a talented child, the hopes and fears parents have for their children and how far they’ll push a gifted child, and ultimately, what some people are willing to sacrifice in order to create a new life.

The Missing by CL Taylor, published by Avon, Harper Collins 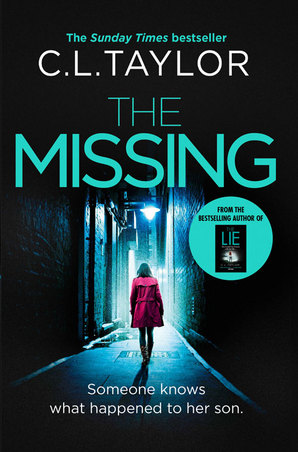 Six months ago, fifteen-year-old Billy Wilkinson disappeared. His mother, Claire, and father, Mark, are out of their minds with worry, and barely clinging on to their marriage. Claire hasn’t been able to return to work for her boss, Stephen, Mark’s step-brother. She feels she’s losing her relationship with her other son, Jake, too, who lives at home with his girlfriend, Kira.

‘We all have secrets. Most are guilty, a few are wretched and some are too precious to share.’

One morning, Claire wakes up in a hotel room, with no idea how she got there, or why. The doctor thinks she could possibly have a brain tumour, or be reacting to the stress of not knowing where Billy is or what’s happened to him. But it’s quite possible, that what Claire is actually reacting to is knowledge…the knowledge that someone she knows, loves and trusts, has done something terrible to Billy. As Claire searches for her son, we learn a little more about her Billy. For Billy is not the sweet and innocent child his mother believes him to be…

A dark thriller about secrets we keep from those we love, that will stay with you long after you’ve turned the last page.

I’ve heard great things about this book, which I’m currently listening to: In her Wake by Amanda Jennings, published by Orenda Books. I’m enjoying it so far, and I’ll let you know how I get on!

And do let me know what you’re planning to read!