‘Shall I tell you the story of you?’ I say, hugging my knees to my chest and wishing my daughter would let me cuddle her.

‘A long time ago, before you were even a twinkle in anybody’s eye, your daddy and I really, really wanted a baby girl. We tried and tried to have a baby but we just couldn’t.’

The more I tell this tale, like a fairy story instead of an offering from the Brothers Grimm, the easier it gets.

‘Then we met a kind young woman who was pregnant with a baby girl and she said we could have her baby because we didn’t have one of our own. And so we waited and waited, and you grew bigger and bigger inside her and, one day, we got a phone call to say that you were ready to come out. So we rushed to the hospital—’

This is Zoe, the mother in my thriller, THE STOLEN CHILD, telling her adopted daughter, Evie, where she came from.

Adoption throws up so many difficult and complex issues: the child may experience a sense of loss, and a confusion about who they are and how they fit into their new family. The may feel a dislocation between their own identity and the adopted family’s culture, class and race. But adoption can be  positive – about giving hope and love to a child.

‘Evie is our beautiful, dark-haired, green-eyed child,’ I say. I can hear the tremor in my voice. ‘Like many seven-year-old girls, she’s obsessed with princesses. We think she looks more like a fairy. She loves Lego and painting…Please find her. Please bring her back to us. We miss her beyond measure. She is the love of our life.’

These Ted talks on adoption have been collated by the charity Adopt Together.

But what really inspired and moved me was this Ted talk by Christopher Ategeka, who was originally from Uganda. His parents died when he was young and he grew up in excruciating poverty, before he was put in an orphanage and eventually adopted by an American family. He says,

He went on to get two degrees in engineering. As he says, ‘Talent is universal, but opportunity isn’t.’

He ends his talk with words that I hope will resonate with all of us:

‘We may not be able to solve the bigotry and the racism of this world today, but certainly we can raise children to create a positive, inclusive, connected world full of empathy, love and compassion.’ 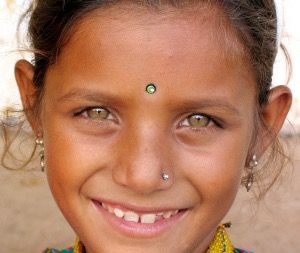 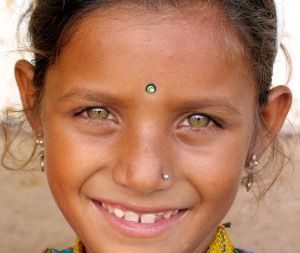 I think about the story I always tell her – of the kind lady who gave her to us. I suppose that must be how she imagines her father – as a kind man who gave her away too, as if she were a gift. Only now he wants her back.

Evie, the little girl in my thriller, The Stolen Child, was adopted at birth. At seven years old, she suddenly realises that she looks different from the rest of her family and starts questioning what it means to be adopted. In the UK, around 3,000 children are adopted each year, but the number adopted at birth is low (around 60) and the number in care is much higher.

The Stolen Child is about whether nurture or nature is more important, and what adoption means for a child’s sense of self, their identity, their place in the world and how much they believe they are loved.

The Adoption, a Radio 4 podcast, charts the real life story of two children taken into care. There are no dramatic twists and turns, just everyday heartbreak in what is, sadly, not a unique tale.