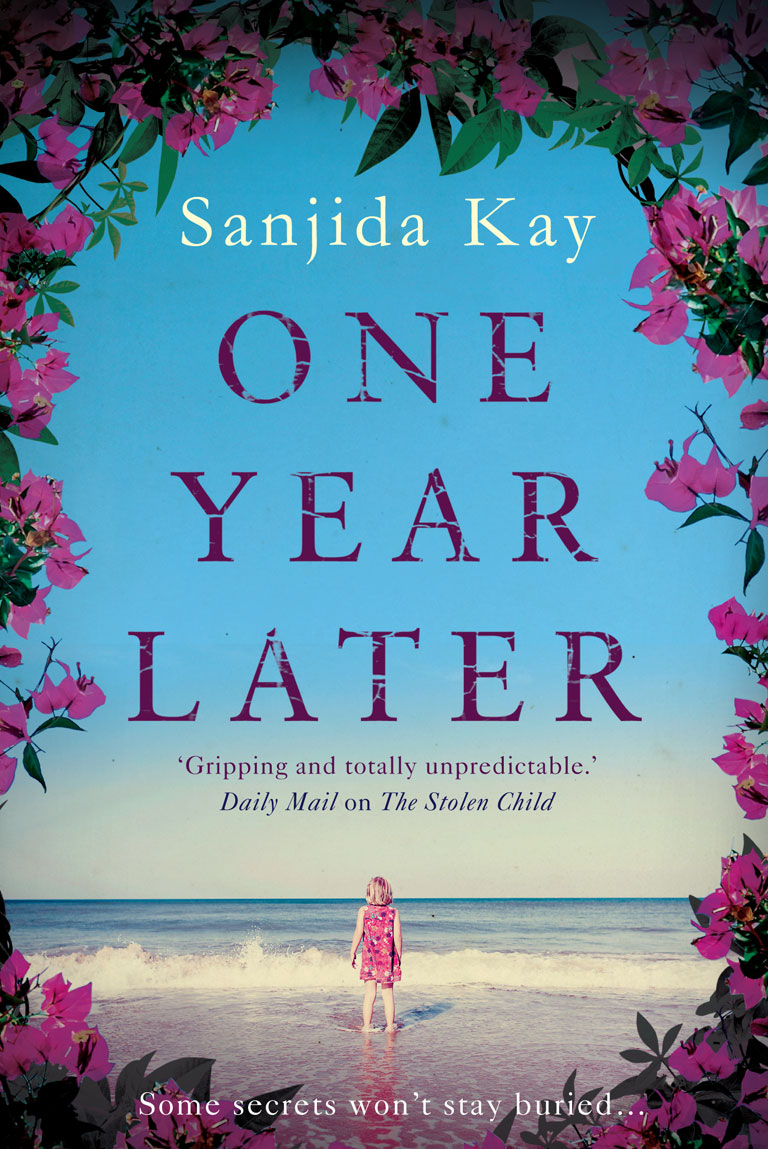 Author of One Year Later

Buy all from Amazon

You can help stop bullying by buying a copy of Bone by Bone; I make a donation for every copy sold to anti-bullying charity, Kidscape

I recently saw a set of three mugs in one of my favourite shops. They read: I'm the oldest child - I make the rules. I'm the middle child - I'm the reason we have rules. I'm the youngest child - the rules don't apply to me. I had great fun creating Bethany’s character. She’s the middle child in the Flowers family in my psychological thriller, One Year Later. She’s a TV presenter - which was also my former career (this is a picture of me at the start of my TV career as a wildlife presenter for the BBC).…read more →
Happy Mother’s Day! I had hoped to spend today being spoilt with prosecco and cake in some nice cafe - but I'm grateful that my family are healthy and safe at the moment, and spending time with them, no matter what, is the best Mother's Day present. All four of my psychological thrillers are about our relationship with our mothers in one way or another. They’re about the fierce love our mothers have for us but how sometimes love isn’t enough to protect us. My Mother’s Secret - if Stella finds out what her mother is hiding, the family will…read more →

When I was a rebellious teenager, I thought the 'classics' would be boring...and then I read Wuthering Heights by Emily Bronte. In these troubling and heart-breaking times, I think we could all draw comfort and solace from immersing ourselves in classical literature. I talk to the Royal Literary Fund about life-changing literature.  I feared these books would be dull, staid and part of the establishment that I was so busy rebelling against; and then I read Wuthering Heights by Emily Bronte. https://www.rlf.org.uk/showcase/sanjida-oconnell-lcl/ What have you read that's changed your life?  read more →

Setting is so important to me. It's almost like another character, setting the tone and the mood as well, as obviously, the location. My last four psychological thrillers, Bone by Bone, The Stolen Child, My Mother's Secret and One Year Later, are all, or partially set in Bristol, where I lived for many years.  The novel I'm currently writing, Labyrinth, is set in London. I wanted a bigger, better-known backdrop, grittier and more urban. But, what I'm obsessed with (as anyone who's read anything I've written will know!) is nature. I'm interested in the interstices between the suburbs and ghettoised…read more →

#ForestSchool! Building a den with my daughter in

Our daily #homeschool poem chosen by my daughter:

I'm getting up early to fit in some writing before

We’re starting each morning with a @buddify_app

Small steps. Seedlings in our greenhouse. We spent

Run to the top fuelled by Mother’s Day buckwheat

Happy Mother’s Day! I hope you can spend it with

Daffodils in our garden. They bring a smile to my