In a few days time I’m heading to Ted Hughes’ old house, Lumb Bank, in Hebden Bridge, to teach an Arvon Foundation course on how to write a literary thriller, with fellow author, Adam LeBor. I’m looking forward to meeting guest author, Felica Yap, who wrote, Yesterday, as well as returning to the wilds of Yorkshire where I grew up. 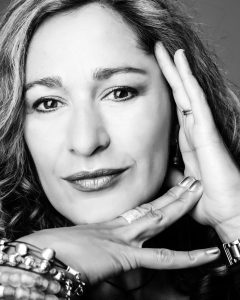 Most of what one can learn about writing a thriller will apply to any kind of fiction – character, plot, setting, dialogue, language, style and voice are, of course, vitally important. But what is critical in a thriller is information: who knows what, and when and where and how did they or will they find it out? The key is to think about what is going to happen next. If you set up a question in the first few pages, finding out the answer is what will keep readers turning the pages.

Think of Rebecca by Daphne du Maurier, which begins:

Last night I dreamt I went to Manderley again.

Immediately this raises small questions: what is Manderley? Who is telling us this story? Why aren’t they at Manderley anymore? What is so special about Manderley that our unknown narrator dreams about this place? And then quickly we’re introduced to the larger questions: who was the first Mrs de Winter? What was she was like? What happened to her – and what will happen to our protagonist? These questions are what keep us reading. 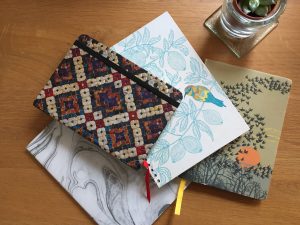 The two main ways the writer can heighten this sense of anticipation is through the structure of the novel, and via suspense. The structure of the novel is essentially about presenting information in a particular order. For example, in a psychological thriller, moving the second most thrilling or exciting moment in the story to the prologue can create anticipation because we know that something bad is going to happen, yet in the first few pages, that terrible deed has not yet occurred.

For instance, here’s the prologue of Bone by Bone.

Another example of how structure can lead to anticipation is through the withholding of information, by delaying telling the reader the answer to a question: leaving a scene early, just before the information is about to be revealed, is one way to do this. The resulting cliff hanger will hopefully make the reader want to find out what happens next. Think of Harry Potter: The Philosopher’s Stone by JK Rowling. When the Dursleys are hiding on a boat at sea and someone beats down the door and steps inside, we’re on tenterhooks – and this is where the chapter ends.

Of course, endless cliff hangers could well become annoying, so another way of delaying answering the question is by complicating the story. This can be done by adding more information and greater levels of complexity – through a sub-plot, for instance, or by switching the Point Of View to another character.

Suspense, in contrast, is about who knows what at which point. Do the characters know, or only one of them? Does the reader know the secret but the characters do not? For instance, in My Mother’s Secret, the main protagonist, Emma Taylor, knows the secret, and her daughter, Stella, is trying to discover it. The reader finds out the secret about half-way through the novel, but the daughter does not – which is dramatic irony – and, I hope, has readers swiftly turning the pages, hoping against hope that Stella doesn’t do anything too foolish to jeopardise everyone’s safety….

If you’re interested in writing novels but missed signing up to my Arvon course, do ask me about assessing your manuscript or work-in-progress.

I’m so delighted – Bone by Bone will be out in paperback this week! I’m donating 10 % of any profits I make to anti-bullying charity, Kidscape.

Here’s a short video with five tips for children to help them stop the bullies:

And here’s a wonderful statement that Kidscape have written for the paperback edition of Bone by Bone:

Bullying and abuse can destroy childhoods and damage futures. Kidscape has been working for over 30 years to keep children safe from harm and to give parents and professionals the knowledge and skills they need to ensure that every child is protected. We were the first charity in the UK to tackle bullying and child sexual abuse and remain committed to our mission to support and protect children and help them to grow into happy, confident adults.

We are hugely grateful to Sanjida for working so closely with us and donating a portion of the profits of Bone by Bone to Kidscape. Bullying is an issue which can affect anybody, regardless of family background, location or economic circumstance, and Bone by Bone handles these issues in an incredibly thoughtful and incisive manner, as well as being an exciting read. Kidscape supports families through the torment of bullying, and educates teachers and other professionals about how they can prevent it occurring. All the money raised through sales of Bone by Bone will help Kidscape to continue its highly effective early intervention work in schools throughout the country. 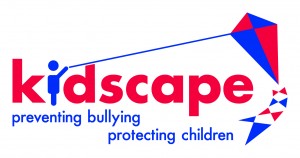 END_OF_DOCUMENT_TOKEN_TO_BE_REPLACED

Last week I mentioned that I was donating a percentage of my profits from Bone by Bone to Kidscape, the anti-bullying charity. I gave five tips for parents who want to help prevent their child from being bullied. This week I’m giving some more of the charity’s tips – this time, five things that kids can do. 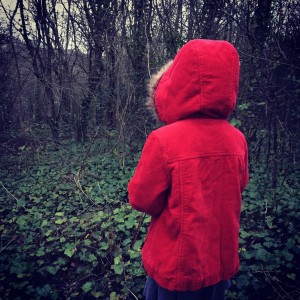 END_OF_DOCUMENT_TOKEN_TO_BE_REPLACED

I’m delighted to announce that I’m donating a percentage of the profits from my thriller, Bone by Bone, to the anti-bullying charity, Kidscape.

‘This is a terrific novel which really brings to life the desperate situations families find themselves in when bullying occurs. It shows an extraordinary grasp of the issues and is handled in an extremely perceptive manner’

Bone by Bone is about a mother, Laura, who discovers that her daughter, Autumn, is being bullied.  The bullying has devastating consequences for Laura and Autumn. Sadly, bullying is horribly common: the NSPCC says that almost half of all children are bullied. Three-quarters of those bullied were physically attacked and 62 per cent were cyber-bullied in 2015 according to a report carried out for Ditch the Label. Nearly half of those children who were bullied, didn’t tell anyone about it, but suffered in silence.