How to write dialogue II

HOW TO WRITE DIALOGUE II – If writing dialogue set right now in the real world is difficult, writing historical dialogue is even harder. Surprising as it sounds, you don’t want absolute accuracy. The deeper into the past you go, the less likely it is that anyone living today actually knows how anyone spoke and the chances are, we wouldn’t understand them anyway.

What you do want is readable dialogue that carries information, advances the 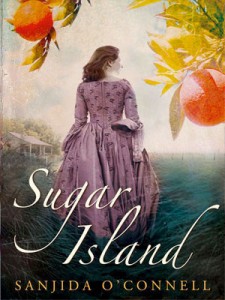 plot, indicates relationships, conveys character, mood AND is authentic. My fourth novel, Sugar Island, is set around 1860 on an island off the coast of Savannah, Georgia, where my English protagonist, Emily Harris, has been forced to live by her American husband on a slave plantation. Emily is based on the real life actress, Fanny Kemble, who wrote a diary of her experience on St Simons Island.

I’ve got it nailed, I thought, as I was writing Sugar Island. I know how the slaves spoke because Fanny described her conversations with them and I could extrapolate. How tragically naive.

First, any accurate dialogue, would have racist terminology in, such as, ‘nigger’, which is obviously hugely offensive and off-putting to read (although, since it was used at the time, I have too). The slaves portrayed in Fanny’s diary sounded more eloquent than they might have been – Fanny, after all, was writing a diary she hoped would be published. And, finally, any attempt at mimicking the slave’s speech, couched in broken English, sounds terribly derogatory to modern ears.

My editor at John Murray, Kate Parkinson, pointed out that my slave dialogue wasn’t working and suggested turning to The Help for, er help. Unfortunately, Kathryn Stockett’s novel is set in Mississippi in the 1960s. I was at a loss.

Doing more research, no matter what the problem, can often get you out of a tight spot. When I was visiting St Simons Island I went to the Hofwyl-Broadfield Historic Site (a plantation museum), and, as I was leaving, at the last minute, I snatched up a copy of The Gullah People and their African Heritage by William S Pollitzer. As we all know, slaves were brought from different parts of Africa to be sold in America, but once they arrived, they rarely travelled. The Gullah are the descendants of the original African slaves who lived along the coast and Sea Islands of Georgia. In spite of their diverse backgrounds, over time they developed their own culture and dialect. This is what I used to try and gain a handle on accurate grammatical constructions and the slang and terminology they might have used in their speech. I then altered it to make the slave dialogue less accurate but more readable (hopefully).

For instance, this is what one slave actually said according to Fanny (the quote is on the front cover of Sugar Island):

I have worked every day through dew and damp and sand and heat and done good work: but oh, missis, me old and broken now, no tongue can tell how much I suffer.

And this is how I altered it within the novel:

I work every day through dew and damp, and sand and heat, and done good work; but oh, missis, I old and broke now.

This is how the Gullah dialect might have sounded:

A man and his wife wuz brung from Africa. Wen dey fine out dey wuz slabes an got treat so hahd, dey jis fret an fret.

And this is how one of my slaves spoke in Sugar Island:

Does it work? What do you think? And have you had any problems with your own dialogue?

previousHow to write dialogue I
nextSugar: The Book I Wish had Changed the World