In conversation with Sanjida Kay

It’s one month until my next thriller, My Mother’s Secret, is going to be published!

I thought I’d share a Q&A with you on what my novel is all about, where it’s set and the inspiration behind it. You can download it here, My Mother’s Secret Q&A or else read it in the blog below.

In the meantime, here’s a free sample: My Mother’s Secret – Prologue

If you are interested in reading further, it’s available to pre-order here.

So, Sanjida Kay, tell us what My Mother’s Secret is about. 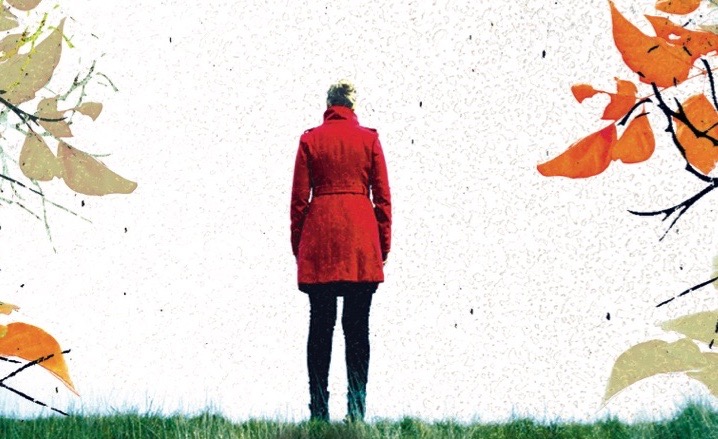 My Mother’s Secret is told from the point of view of three women: Lizzie Bradshaw, Emma Taylor, and her teenage daughter, Stella. Stella thinks that her mother has a secret. She knows her mother had a traumatic childhood, and that she’s an unusually anxious person, who sometimes has panic attacks. But she believes her mother is hiding something bigger, and Stella is determined to find out what it is. As Emma tries to keep her secret, Lizzie is caught up in a terrible crime… and Stella’s investigations will uncover something truly shocking that could shatter all their lives…

What was the inspiration behind My Mother’s Secret?

It’s hard to say exactly what the inspiration was, because that would give away the secret Emma is hiding! There were a few stories in the news that obsessed me at the time. One of them was about undercover police officers who infiltrated environmental activist groups and had families with some of the women they were investigating. Although My Mother’s Secret is not about undercover cops, it made me think about longterm lies and deception within close relationships, whether you can ever truly know those you love dearly, as well as power imbalances within marriage.

…as you can see, my dear, I know who you are and where to find you…

The story is mainly set in Bristol, the Lake District and Leeds – with two National Trust estates featuring prominently! Setting is really important to you. Can you tell us a bit about the locations for My Mother’s Secret? 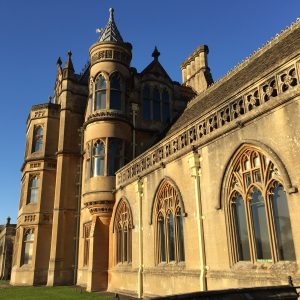 The settings in My Mother’s Secret are all dear to me. Emma and her husband, Jack, and their two daughters, Stella and Ava, live in a suburb of Bristol called Long Ashton. Emma frequently visits a ‘friend’ at Tyntesfield, which is a magnificent Gothic mansion owned by the National Trust, just outside Bristol. Stella says the house looks as if it was designed by ‘an architect on crack’; the estate was funded by the Gibbs’ family’s trade in guano. An episode of the BBC’s Sherlock Holmes was filmed there! Tyntesfield is surrounded by wonderful grounds and woods. I love visiting – and researching the novel was a brilliant excuse to go as often as possible! 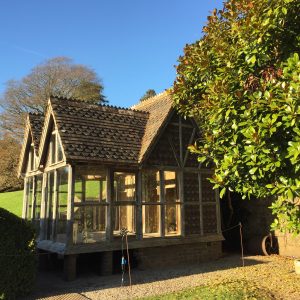 I can’t help shuddering. He means the large, curved metal cage in the courtyard near the servants’ entrance. It’s large enough for a child to stand inside and, like the aviary on the other side, reminds me of something sinister out of a fairy story. 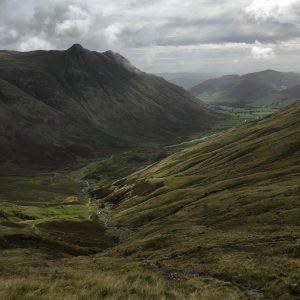 Lizzie and her young family, Paul and baby Dylan, live in Elterwater, a hamlet in the Lake District. Whilst Lizzie is commuting to Leeds for her job, Paul is doing a double shift for the National Trust, as a part-time warden in a mountain range known as the Langdale Pikes, and as a bar man in the National Trust’s only pub: The Sticklebarn Inn. I love hiking, and visit the Lake District at least once a year. I normally stay in an amazing hostel in Elterwater; from there I can walk to one of my favourite mountains, Scafell Pike. And I normally manage to call in at the Sticklebarn Inn on the way back!

Apart from hanging out in National Trust tea shops and having mini breaks in the Lakes, what kind of research did you have to do for My Mother’s Secret? 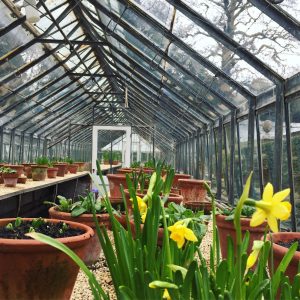 The life of an author is so tough! I had an odd juxtaposition with my research: Emma is a baker; she works in a bakery based on Hart’s Bakery, beneath Temple Meads station in Bristol. So I spent a day hanging out with the bakers, as well as visiting pretty frequently! I was totally able to indulge my cake obsession in this novel! The other aspect of my research, though, was investigating the impact of organised crime. From the sublime to the horrific.

Although My Mother’s Secret is a commercial thriller, you’ve included a few discussions on some literary fiction. Why is that?

Stella is in a Book Club at school. She’s a spiky, slightly tom-boyish girl, who loves Jane Eyre – and, of course, the Gothic element in the book fits in beautifully with the Gothic mansion at Tyntesfield. One of the books she’s reading in her book group is The Golden Bowl by Henry James. For anyone who knows me, they’ll know that I like to write books that can be read as straightforward stories, but there’s usually another element going on for anyone who is interested. In My Mother’s Secret, the theme is from this wonderful tale, by Henry James. When American heiress, Maggie Verver, is about to get married, her best friend and her fiancé, who happen to have been in a relationship with each other, buy her a wedding gift. It’s a golden bowl, but when they bring it home, they realise the bowl has a crack in it. It’s a metaphor, a symbol, and also a key that unlocks one of the novel’s revelations.

The book he was looking at has fallen open on a double-page spread. It’s a quote in exquisite calligraphy: ‘It isn’t a question of beauty, it’s only a question of truth.’

What are you working on at the moment? 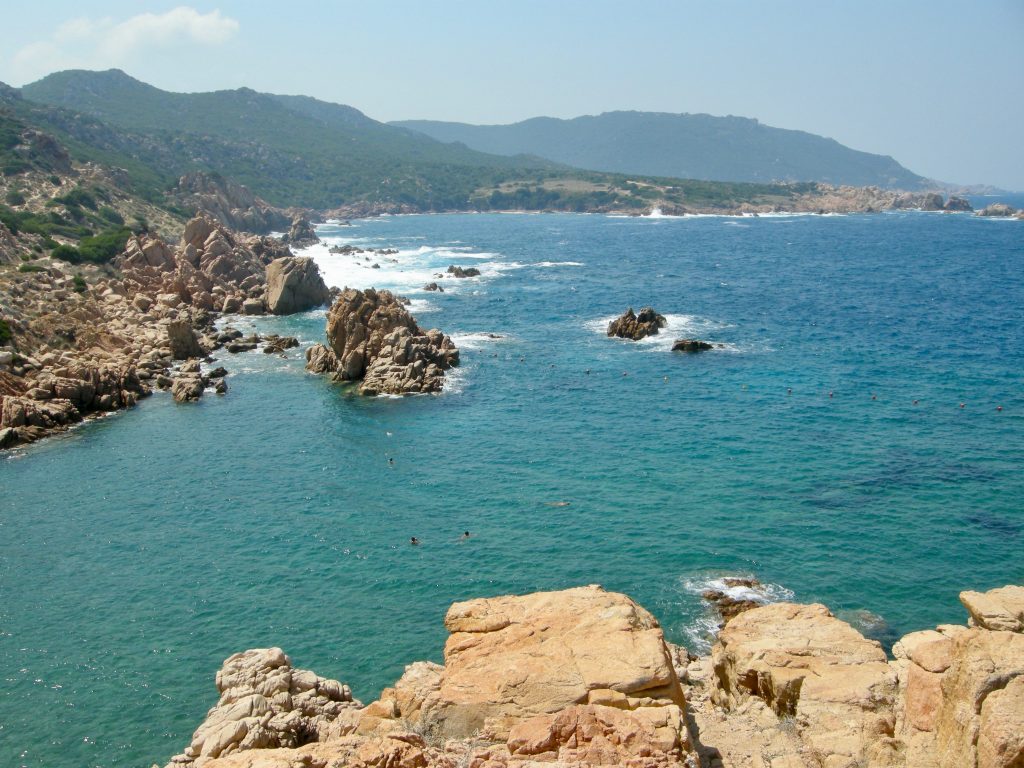 I’m writing another psychological thriller for Corvus Books, provisionally called The Holiday. It’s about a family whose three-year-old daughter drowned a year ago. The mother, Amy, wants the whole, extended family to go away for the anniversary of her daughter’s death to try and heal. She books a house on a tiny island in Italy though an online company…but the holiday goes dangerously wrong. My inspiration for this one was the rise of online holiday companies, which might not always be the safest option for travellers…

I lean on the windowsill to look down at the swimming pool, and something sharp digs into my palm. I wince; embedded in the heel of my hand is a human tooth. It’s tiny with a sharp point, a dull ivory, with a hollow where it once grew in a child’s jaw.

Looking forward to hearing what you think!

previousMy Mother’s Secret – What other writers are saying
nextParty like a writer!