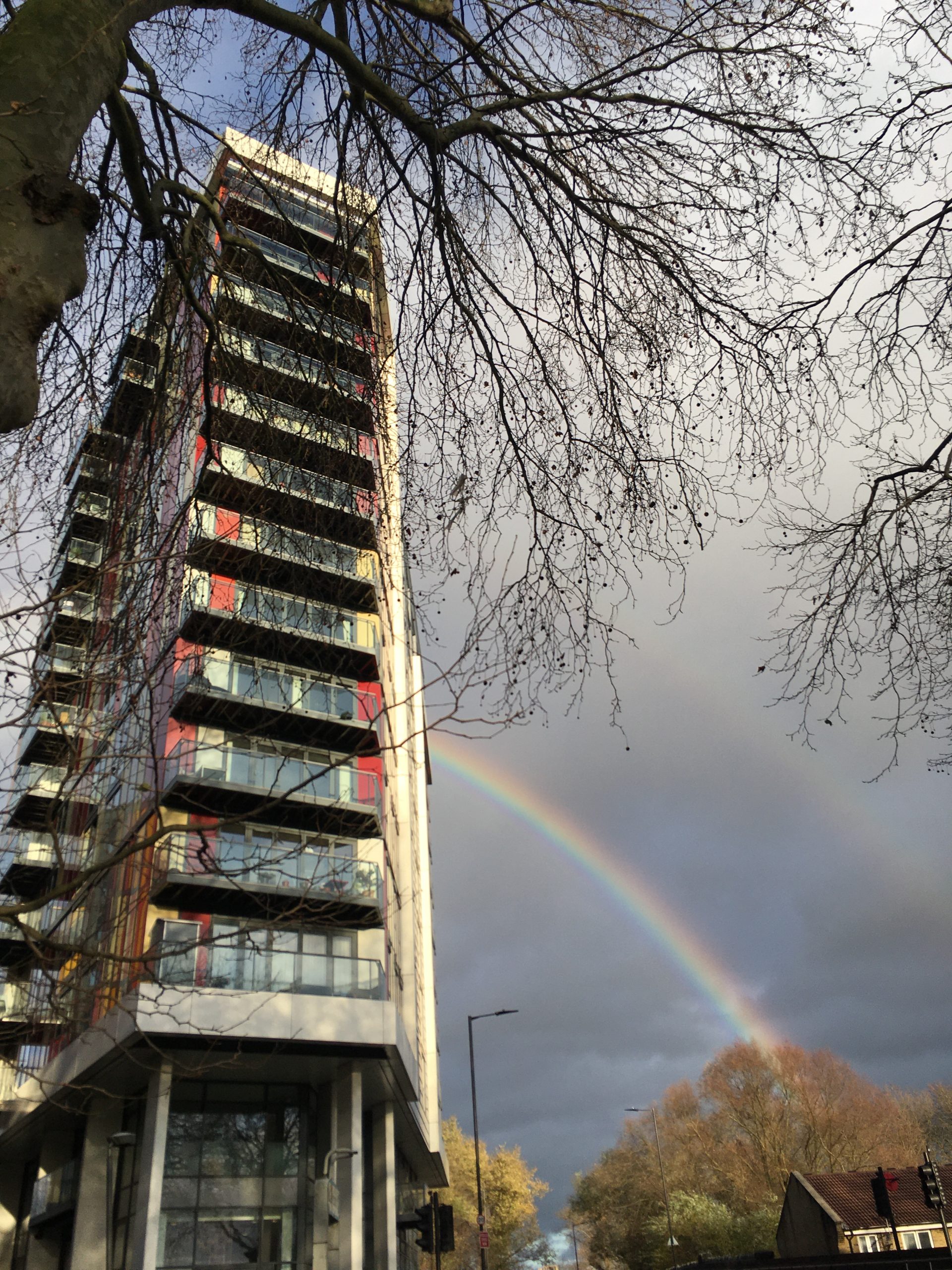 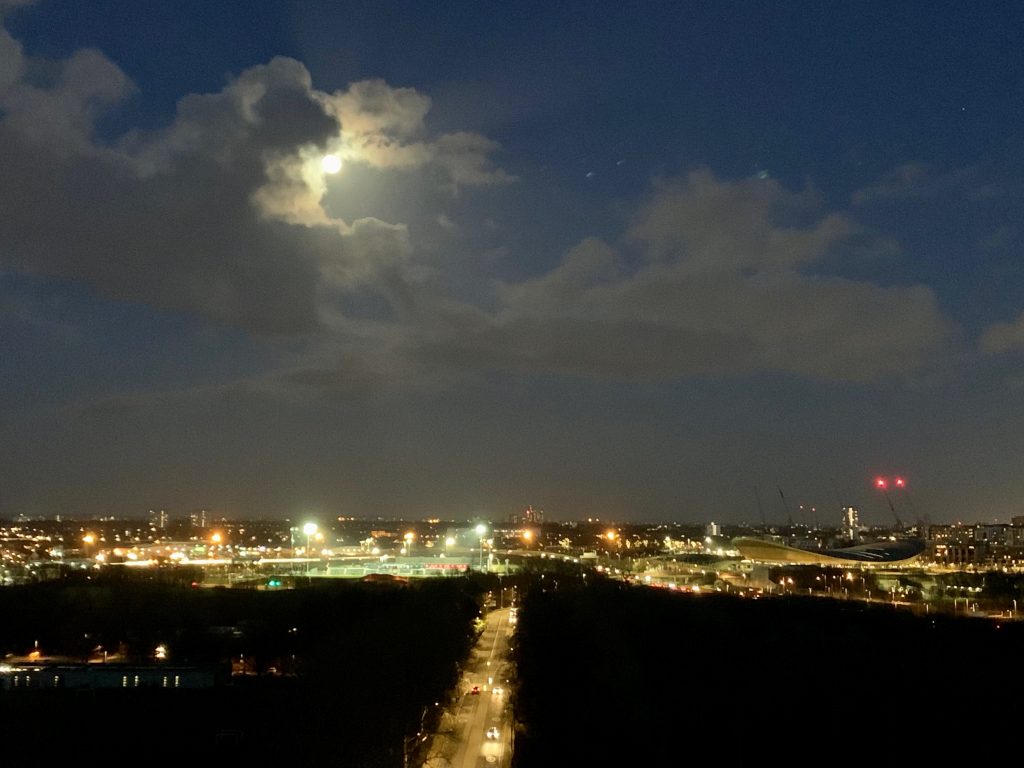 My exciting news is that I’m working on a new book. Provisionally called Labyrinth, it’s a re-imagining of Vertigo, the movie directed by Hitchcock. It’s a slight departure for me, as it’s less psychological thriller / family drama and more of a crime thriller. It’s set in Hackney in London, and as you’d imagine, from a re-take of Vertigo, there’s a lot about heights… 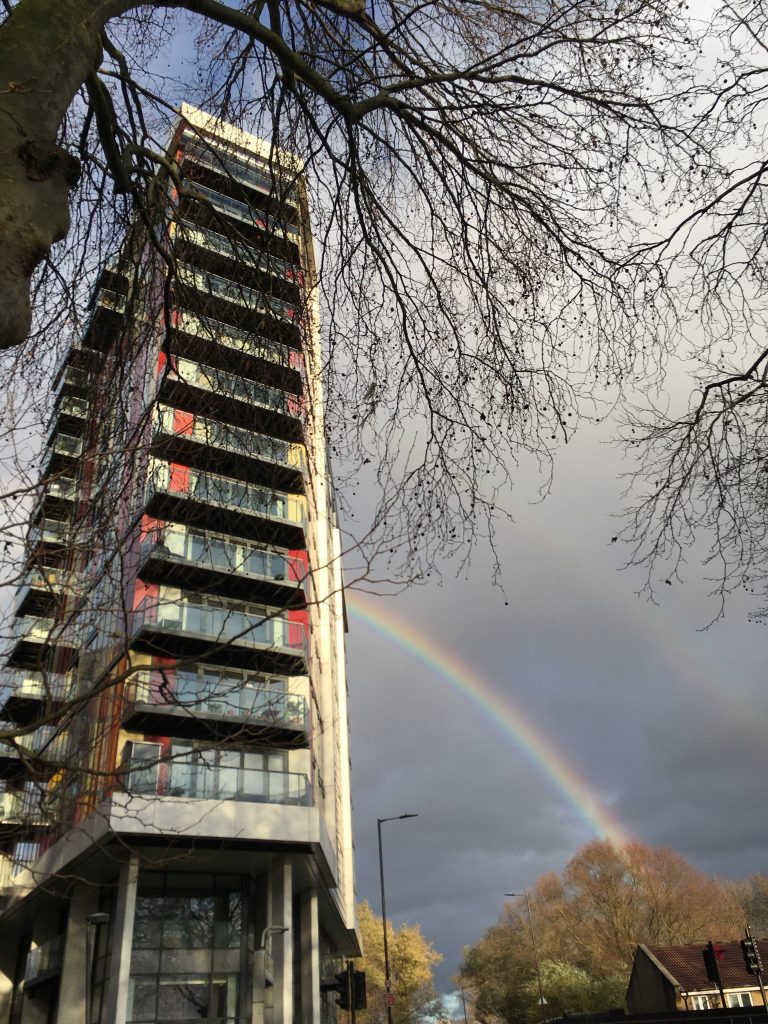 My story is about ex-cop, Maddison Jones, who suffers from vertigo. She fails to save a young woman from committing suicide, The girl falls to her death from the twelfth floor of a block of flats. The stress pushes Maddison’s vertigo to Meniere’s Disease, which is vertigo combined with tinnitus and she ends up on sick leave, struggling to leave the house.

(The picture of the double rainbow over an apartment block in Hackney Wick is by my talented sister, Emma O’Connell.)