In Conversation with Holly Seddon 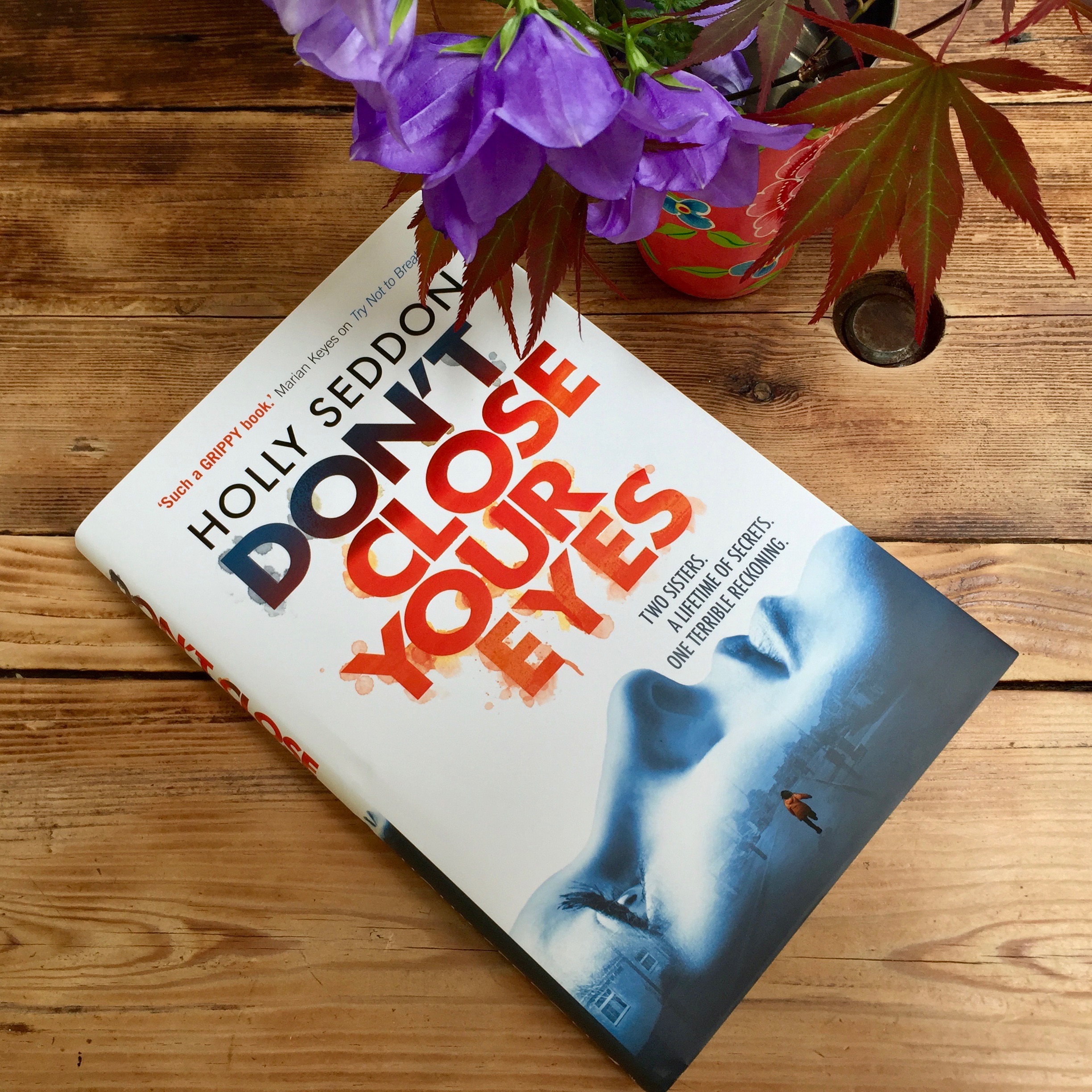 Today I’m delighted to be joined by best-selling psychological thriller writer and fellow Corvus Books author, Holly Seddon. Holly’s first book, was Try Not to Breathe, and her second, Don’t Close your Eyes, has just been published. 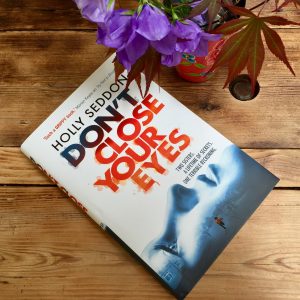 Don’t Close Your Eyes tells the story of twins Robin and Sarah who were torn apart in their youth. Now in her early 30s, Robin lives alone in Manchester. Too scared to leave the house, she spends her days pacing the rooms or watching. Watching the street, the houses, the neighbours. Until one day, she sees something she shouldn’t…

And Sarah? Sarah got everything she always wanted, only to be accused of the most terrible thing. She can’t be around her new family until she has come to terms with something that happened a long time ago. And to do that, she needs to track down her twin sister.

I enjoyed reading Don’t Close your Eyes. I had no idea where the story was going or what the twists would be, and loved the portrayal of 1990s England and the pin-sharp characters.

Thank you so much!

How did you get the idea for Don’t Close your Eyes?

The initial idea was to focus on someone who was once very successful and outgoing, but who now lives in seclusion, watching the neighbours and licking their wounds. I also really liked the idea of looking at siblings – those born and those created through blended families – and how friendship can be a more powerful link than blood.

It’s such a nostalgic book in many ways – you’ve got the details for the 1980s and 90s spot on, from the Joyriders travel sickness tablets, to the SodaStream, back in the day when we thought an en suite was the height of sophistication and our mums sunbathed, coated in oil, whilst eating a Twix!

Ha, thank you! I think books with a recent but historical setting have to walk a fine line between detailing and overdoing 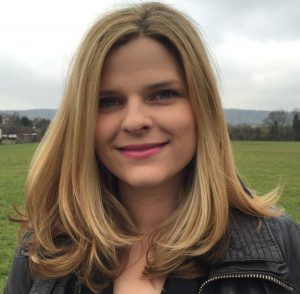 it. It can feel a bit like a flashback episode of Friends which, while hilarious in a sitcom, can pull you out of a story in a novel.

I think I am a bit nostalgic, even though I love my life now. I compare my tweens and teens to those of my older children, and there was a certain simplicity that I now find comforting. I went to see my best friend of 26 years the other day and she dug out a tub of letters from when we were teenagers. That was our social media, writing each other letters at night and swapping them the next day. I realise I sound like a right old codger!

Did you find this era hard to research?

I researched to be sure of dates and details. Although I was born in 1980, and the landscape of the recent past feels very fresh to me, I couldn’t tell you by memory when certain shows were on TV or in which order a band’s singles were released.

You’re now living in Amsterdam, and I notice, every so often, Instagram posts of Marmite, chips in Ketchup and red phone boxes. Apart from your friends and family, what do you miss most about the UK and what do you like best about Amsterdam?

I love Amsterdam. It’s so small I can cover it all on my bike, and I have so much on my doorstep compared with where we lived in semi-rural England. But yes, you’ve noticed that food plays a large part in my nostalgia for the UK! Every few months we order a huge box of food from an expat online shop!

I think what I miss most is the seamless understanding of situations though. Not just language (because Amsterdam has a really high percentage of English speakers) but more the unspoken stuff. The expressions and unwritten etiquette. I love it here, but I don’t fit in the way I do when I’m in Britain.

I love the idea of the main character, Robin Marshall, being a female rock star! There’s some gorgeous descriptions of music and guitars – ‘‘Caribou Narvik Blue’, a cross between a mad cowboy’s shirt and a tropical bird’. Are you a musician?

I wish. I’m a music nut and music was a huge refuge and obsession when I was growing up and naturally I wanted to write and play music. But it just never happened. I slogged away for years trying to learn guitar and I wrote the most pretentious lyrics you could ever imagine, but I’m all thumbs. I’m a music consumer rather than producer! I started out as a journalist by launching my own music website – I don’t run it any more but it’s just turned fourteen!

I’m always loved guitars though. My husband has several (my daughter has inherited mine) and we have a lovely guitar shop in the next street so I went in there for inspiration.

How did you go about creating Robin’s fierce, feisty, loyal and sometimes exhausting character?

She came to me fully formed, that’s the only way I can describe it. I originally had the idea for the housebound character to be a man, called Rob. But that only lasted in the ideas stage and as soon as I started to properly outline, I realised Rob was Robin and I could picture her so clearly, I could have painted her. She’s a pain in the bum at times, but I know I’d like to have her on my side.

Do you plot your books in advance, or feel them unfold as you write?

With each book, I plot more. Never in exhausting detail as I’d get bored doing the writing, but the shape of it, the main characters, the beginning, middle and end.

Your debut novel, Try Not to Breathe, was a national and international success. Did you feel pressure to live up to that book and even to surpass it and how did that influence your writing of Don’t Close your Eyes?

Yes! From myself, mainly. It did get in my head a little. When I wrote Try Not to Breathe, I didn’t have Goodreads reviewers picking my previous work apart! Although the reaction to Try Not to Breathe was amazing, you can’t please everybody and in the end I just thought “f*** it, I have to write the book I want to write”.

I did have some false starts, I rushed a little at first, which cost me more time in the end because I just had to redo it. As soon as I calmed down, shut out the noise and just let the book take the form it wanted to take, it fitted into place. I’m very proud of it.

You have a bundle of small people – how do you juggle writing and children? Do you treat it as a job and go to an office, or do you fit it in around your family? What’s your typical writing day like?

It’s a juggle, but one I feel privileged to do. I have an office in my house but I mainly work at the dining table or on the sofa. I write when my youngest is in part-time daycare, or when he’s napping in the afternoon before the others come home. When my husband travels, I work all night. It’s not punitive, I don’t really have to, I just relish the chance to carry on. I really do feel lucky that I get to have this career. I want to give it my all, whenever I can.

I’m feeling slightly discombobulated as my second thriller, The Stolen Child, has just been published, I’ve handed the third one in, and I’m plotting the fourth. My head is somewhat crowded with characters from my books! What are you working on next?

I know exactly what you mean and I can’t wait to read your third! I’ve just sent back the latest edit of my third book, which will be out next year. I’m excited to see what people think of it, it’s new ground for me as a writer – although friendship and the 1980s, 1990s and early 2000s feature prominently. I should probably have said “I’m very nostalgic” earlier.

Now I’m at the first draft stage of book four and I’m totally in love with it as it’s still mostly an idea!

Thank you, Holly, I look forward to reading your next novel ! And if you want to hear Holly, Gillian McAllister and I chatting on Holly’s Honest Author’s podcast, here’s the link.