Writer Isabel Costello  kindly asked me to write a guest post for her blog, The Literary Sofa. I hope you have a chance to read some of her other posts, all highly informative with some interesting tips. 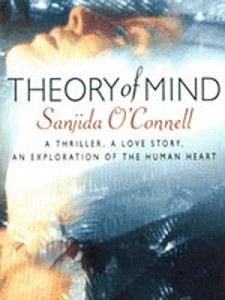 I had the unfortunate fortune to be barely edited when my first two novels, Theory of Mind and Angel Bird were published by Black Swan. Fortunate, because editing is a painful process, especially when the person who is paying you is pointing out your shortcomings. Unfortunate, because it gave me the misguided impression that writing a novel is all about the writing. As Ernest Hemingway said, ‘The first draft  of anything is shit.’ For your work to shine, you need to write, rewrite and then get some help!

With those first two novels, I wrote two to three drafts. That was it. There was plenty of copy editing to do though, as I hadn’t learned how to check my work for typos and correct the grammar properly myself – I was only 24 when I finished Theory of Mind and I still had a lot to learn. It was with my third novel, The Naked Name of Love, that I had the experience most novelists have and which, I’ve come to believe, is the key to creating good, or at least, better books. 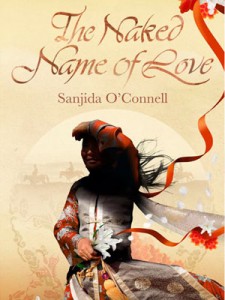 When I finished The Naked Name of Love, (now called The Priest and the Lily) I couldn’t find a publisher. The story is set in 1859, just after Darwin’s The Origin of Species has been published, and is about a Jesuit priest who travels to Outer Mongolia in search of rare flowers.  Tested to his utmost by violent adversaries, a harsh climate and the rigors of plant hunting, he falls in love with a Mongolian tribeswoman.

It was Rob Dinsdale, my agents’s assistant, and now my agent, who put his finger on the problem, if not the solution. The middle section of the book was flabby. Joseph comes back from Mongolia, having fallen in love but unable to square his love with his religious beliefs and mopes about at home, arguing with his best friend, his adopted father and God.

What The Naked Name of Love (and Joseph) needed was a kick up the butt. Now Joseph does return from Mongolia, but no longer moons around much. He realises his mistake and campaigns tirelessly to secure funding (even in 1860!) to return to Mongolia. Act II is no longer flaccid, and the action builds across a series of climaxes as Joseph attempts to cross the Gobi desert alone, back to his love.

I also chopped off the beginning, which I thought was beautiful and elegiac – code for slow, overly descriptive and too long. Now the novel starts with Joseph in the midst of Mongolia, in terrible danger as border guards are about to murder him.

When I secured a publishing deal – with John Murray who coincidentally published Darwin’s seminal text too! – my editor was the formidable and gifted Kate Parkin. She steered me towards writing a prologue – set several years in the future – and also suggested I bring Jospeh’s love interest in earlier. 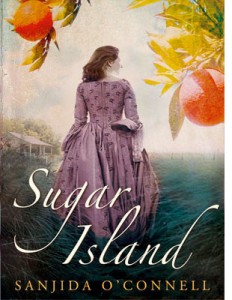 I had a two book deal and so, right from the beginning, I was fortunate to be able to discuss the plot and structure of my fourth novel, Sugar Island with Kate. Also a historical novel set in 1859, Sugar Island takes place at the turn of the American Civil war and is based on the true story of actress, Fanny Kemble. who travelled to America in the early 1800s and fell in love with a gentleman from the deep south. After they were married, she found out that he was a slave owner. He forced her to live on his plantation for a short while and she kept an extraordinary and heart-wrenching diary.

Because Kate and I had talked about the structure right down to the individual scenes in the novel, once I’d finished writing, I did not have to alter the plot much. I wrote two new scenes and altered part of the final one. But this time I had a different problem – one of tone. The real Fanny Kemble comes across (to me anyhow) as intelligent but a little frivolous, a bit spoilt, and used to being paid attention to: she was, after all, one of the first celebrities and very young – a sensation by 18 and married by 22. However, adhering to this in a novel about heart-break and slavery, meant my protagonist, Emily Harris, felt too flippant.

The slaves sounded wrong too. I’d based their dialogue on how Fanny had recounted their speech in her diary. At best it seemed, to our modern sensibilities, inaccurate and, at worst, derogatory. So I worked on the slaves’ dialect and Emily’s ‘tone’. It felt less like a major overhaul, and more like painstakingly working my thumb over a half-dried clay pot, smoothing out every lump and bump until the surface was marble-smooth. At the time, it still felt difficult and I several heart-in-your-boots moments.

I’m now editing my fifth novel – and have also had four works of non-fiction published, so my advice, such as it is, would be